This ‘Town Hall’ was built by the new Lord of the Manor (which had been sold by the Bishops of Rochester in 1845), Cole-Childs, a coal merchant from Deptford, As it was constructed at his own cost, in 1863, the bricks were from his own brick-pit, from where Havelock Rec is now:  http://friendsofhavelockrec.org/about-the-brick-pit-of…/. 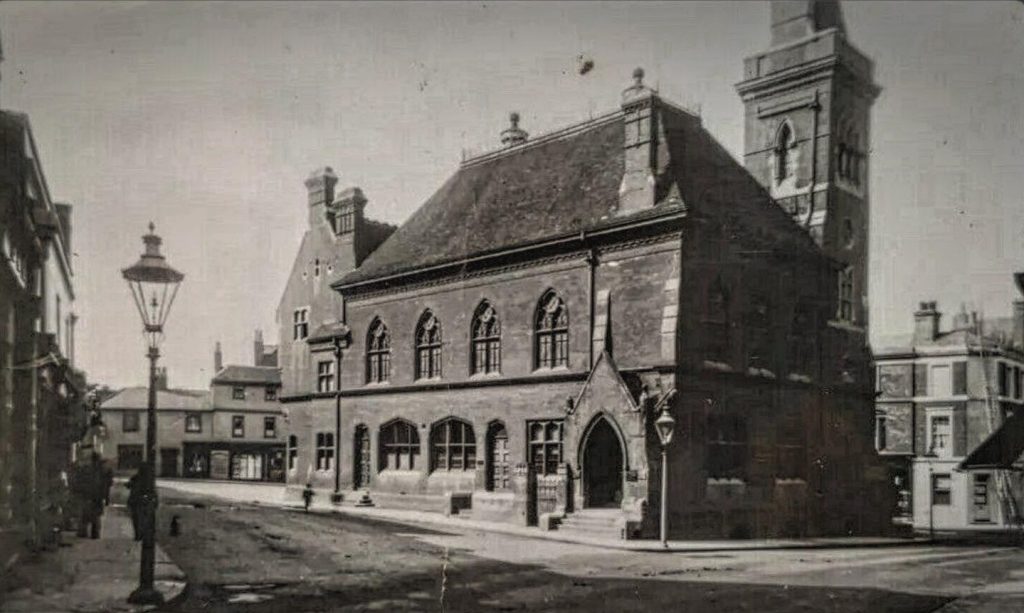 It replaced a much smaller, more traditional market building in the centre of the square.

“The ancient heart of Bromley, the Market square, was re-laid out in 1863 when an all purpose town hall (centre background), was erected.

It housed the first police station (with a cell to replace the ‘Cage’ on Widmore Road), the first fire-station (the next one is on West Street, and the current one on South Street), and a large upper room for civic meetings.  At various times it also housed the literary institute and meeting rooms.  However, the Vestry (who ran the town) never met there, so it was not used as a Town Hall.

It seems that it was at least 3 different buildings kludged together.  Most of its life it was rented by an estate agents.   Whilst the style was fashionable at the time it was built, by the end of it’s life, the local paper described it as ‘monstrous’.  This did not stop it being featured in many of the postcards of the town centre.