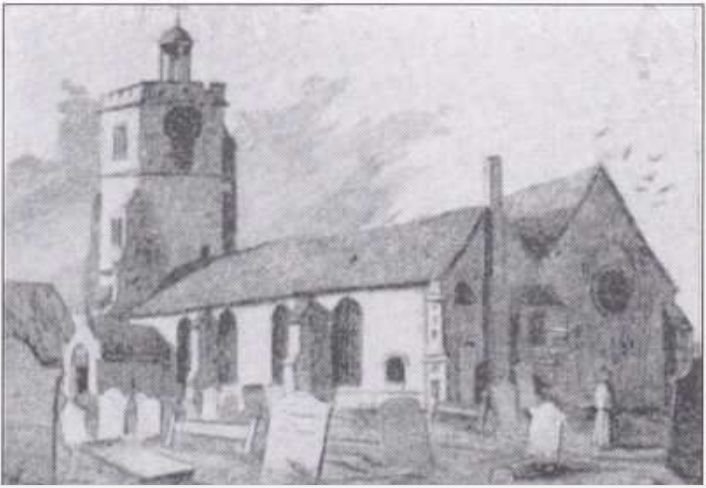 Some of the Medieval to post-Medieval memorials have been salvaged and can been seen inside.

St Peter and St Paul ‘s was one of the first churches to be rebuilt after the war. Princess Elizabeth, now Queen Elizabeth II, laid the foundation stone in 1949. The new church by F. Harold Gibbons was dedicated by the Bishop of Rochester in 1957. The building makes use of local materials including flints. The lych gate dates from 1855. 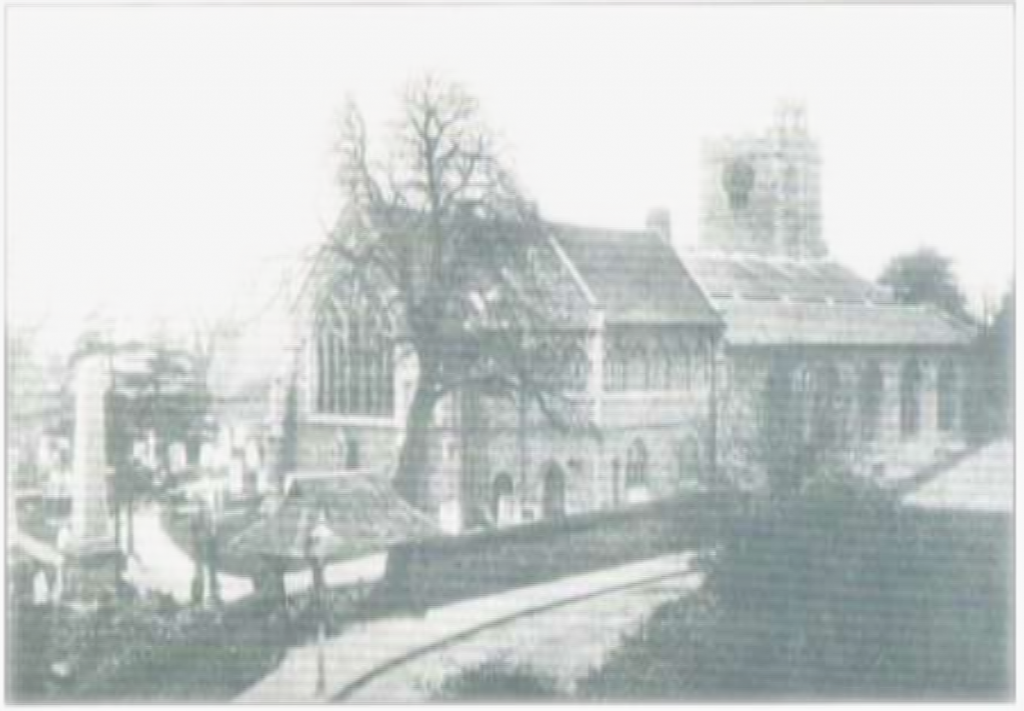 HG Wells describes it from his childhood in the late Victorian era thus: “Bromley Church and its old graveyard, full then of healthy trees, ruinous tombs and headstones askew..”

This entry was posted in pre-victorian and tagged F. Harold Gibbons, Heritage Buildings. Bookmark the permalink.