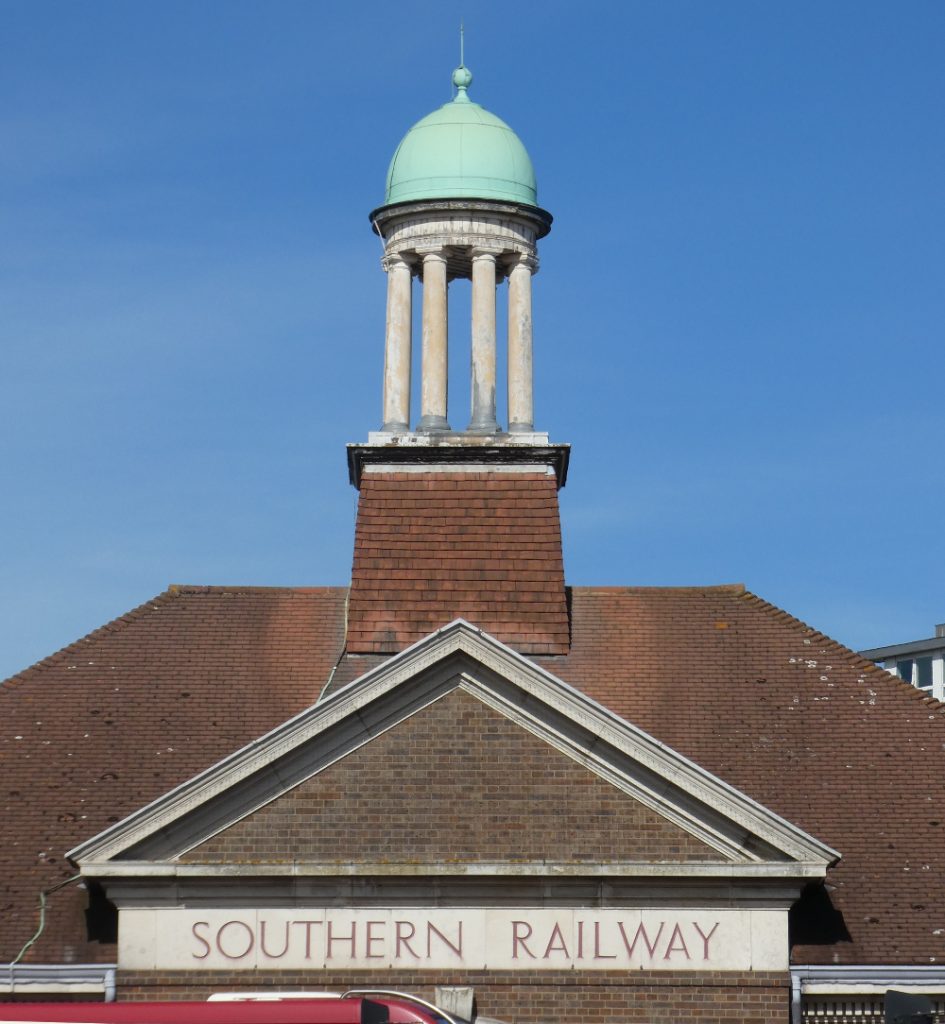 The original timber buildings which formed Bromley North Station were rebuilt in Neo-Classical style, in 1925, by the Chief Architect of Southern Railway, James Robb Scott. This was just prior to the electrification of the line.  Charmingly, Wiki refers to it being 47 chains away from Charing Cross, here.

TODO replace with one on camera