Better known as the Laura Ashley shop.  Parade of brick and stone Art Deco style with folds decoration, built for Woolfe and Hollander.  It was built in the 1930s when this side of the high street was developed.

The Woolfe & Hollander building, now Laura Ashley has an unusual claim to fame. In one of Lord Haw Haw’s propaganda broadcasts for the Nazis in one such he announced ‘We all know the clock on Wolfe & Hollander’s in Bromley High Street is five minutes slow. It will not be there tomorrow’. The bombing that night damaged much but W&H survived. The clock is still there but not going. Time we did something about that. Lord Haw was finally captured and hung as a traitor. A postscript to this story is that Hitler’s bombs were nothing compared to our Councils plans for destruction of our historic town! Tony Banfield (our chairman) 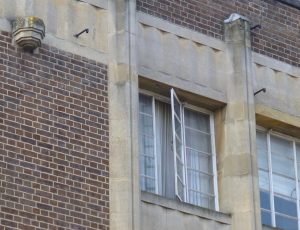 There is a classy clock on the corner: 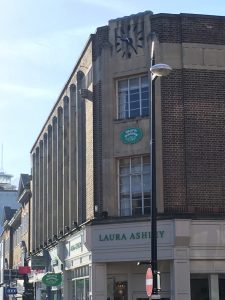 The Site 10 masterplan entry for the building, one of only two considered to have enough merit to be  retained: 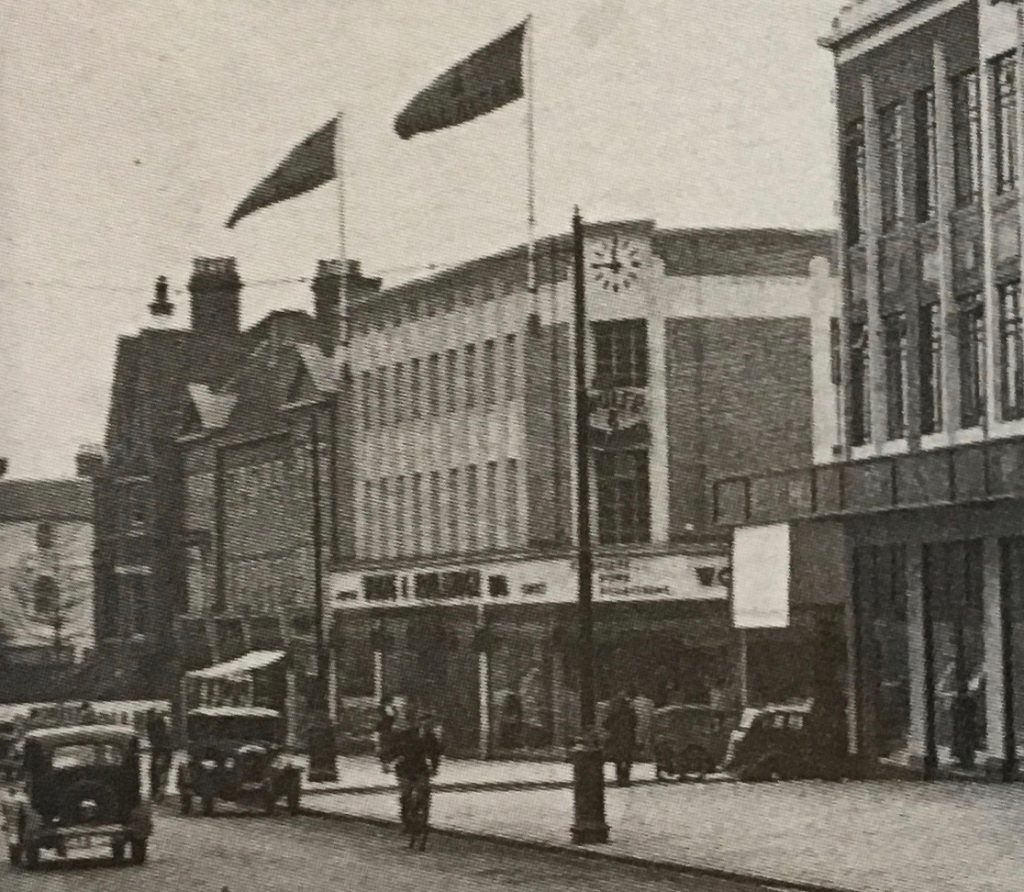 Flags flying on the occasion of the Jubilee of King George V and Queen Mary, in 1935.