High Street No. 260-262, The Swan and Mitre – Heritage Building Profile 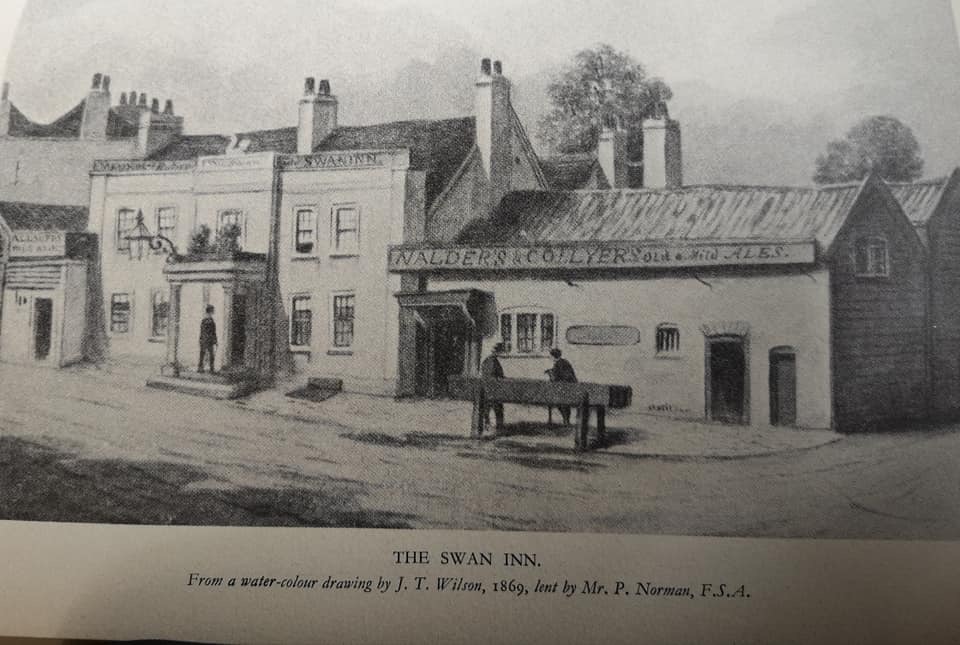 The Swan & Mitre is an old coaching inn, of uncertain date but at least early 18th century, which was popular with carters carrying farm produce and fish, resting on their journey to the London markets. It dates mainly from the early 19th century.  In older accounts it’s sometimes referred to, as just The Swan. 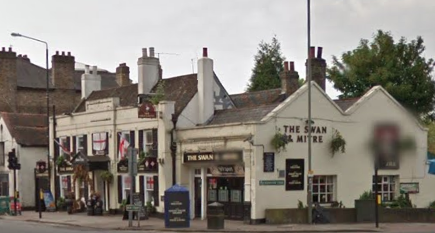 The Swan and Mitre

Swan & Mitre Pub is timber built with a Georgian brick frontage and portico. It is Grade II listed and of immense historical importance being one of the three coaching Inns upon which the town’s prosperity largely depended.

The interior contains decorative mirrors which once adorned the dressing room of the Music Hall artiste, Marie Lloyd. Until relatively recently a hanging sign depicted a swan and a bishop on a stage, a witty variant of the Actress and the Bishop joke in reference to the Bishop of Rochester’s endowment of Bromley College immediately opposite.

In 1855, John Harradine took over the Swan and Mitre, and he found a huge collection of crutches in the loft. They had belonged to those people who had badly needed them when they arrived in Bromley, to see Dr. Scott, but had no need of crutches when they left.

This entry was posted in High St North and tagged Heritage Buildings, LBB-Bromley-North-Trail. Bookmark the permalink.