This parade of shops was built about 1930 when this part of the High Street was developed, replacing a line of fine villas that overlooked the Ravensbourne valley. The parade is fronted in brick with stone ornamentation, the broken pediments and sash windows of Neo-Gothic style. 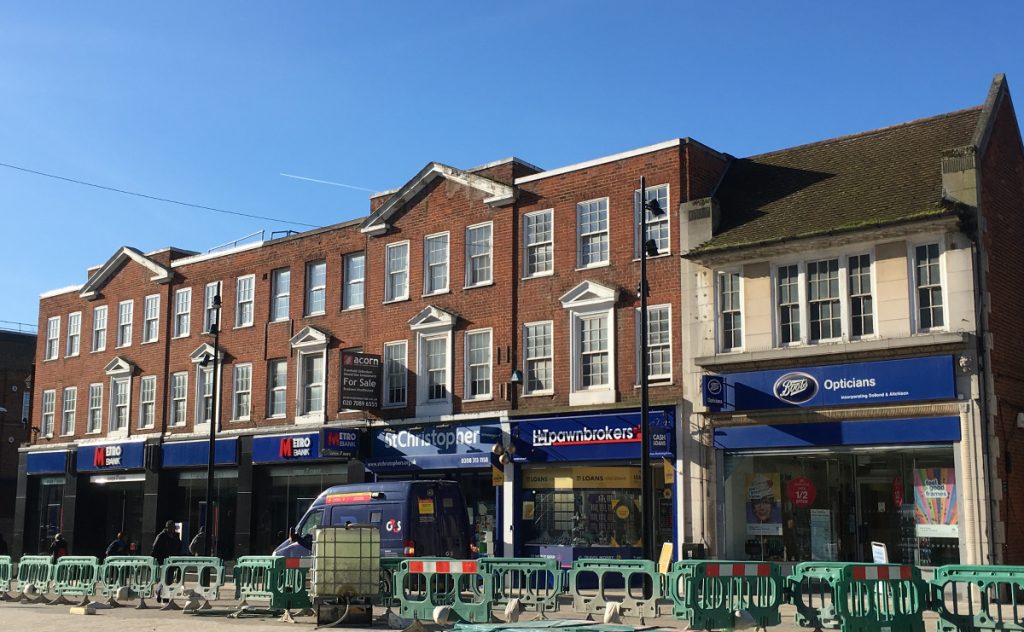 The first mentions in the business listing of Kelly’s Directory is the 1932 edition.

It is named after Bromley Manor, the site of which is in Church House gardens.  It burnt down in the Blitz, on the 16th April, 1941.  The fire brigade was unable to reach the house as the parish church had also been hit and the broken masonry blocked the road.  The portico survived and is on the front of 3 Ethelbert Road (Bromley Town Church): 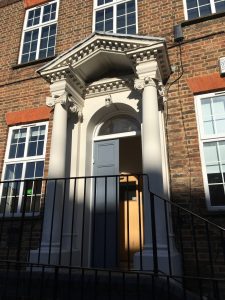