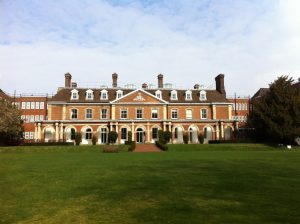 View of Bromley Bishop’s Palace from the lawns.

These buildings were the Palace of the Bishops of Rochester. The present building is part 18th century.

This article is only a small part of the extensive information on this lovely historic building.  It is to be hoped that the beautiful reception rooms will remain in public access given the uncertain future.

The manor of Bromley is first recorded in the eighth century, but most of the current building dates from the time that Mr Cole Childs (a wealthy coal merchant operating out of Deptford/Lewisham) bought the manor from the Diocese of Rochester in 1845. 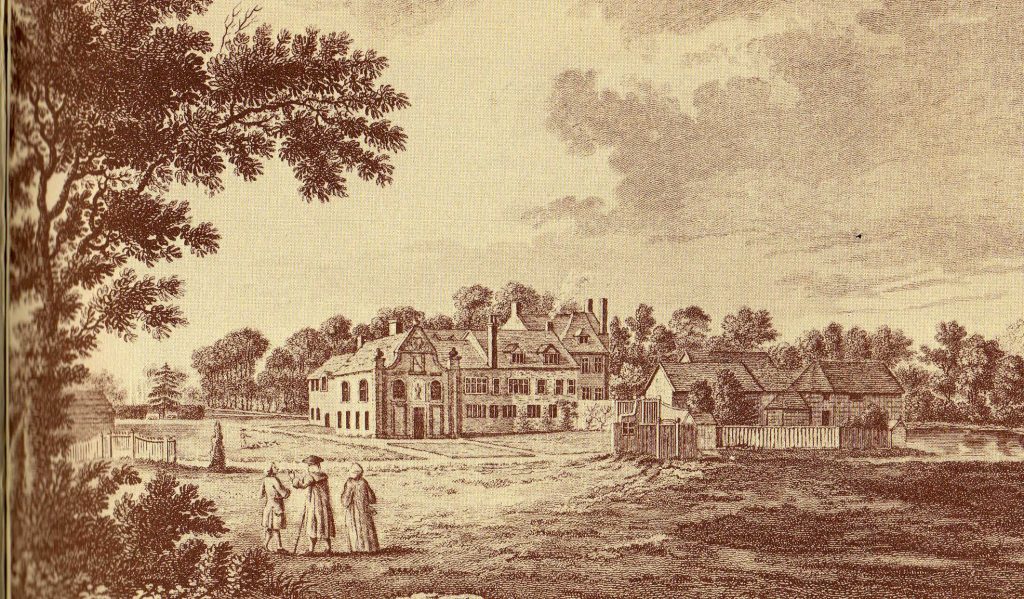 View of the Bishops Palace in Bromley, by Hasted, said to have been drawn before the year 1756

The buildings in the drawing precede the  “a small local building boom: the Bishop’s dilapidated palace was rebuilt as an elegant summer residence” in 1774-6.

Mr Cole Childs had it remodelled in 1863 (by Richard Norman Shaw) and 1903 (by Ernest Newton). In the 1920s it became a girls’ finishing school and in 1933 Stockwell teacher training college. Extensions were added for this and again in 1960 when Kent County Council took control. The college closed in 1980 and the complex became the Civic Centre in 1982 for the new London Borough of Bromley. The Halls of Residence became council offices but they are flat-roofed and at the end of their lifespan. The council has downsized it’s workforce, so much of the civic centre is surplus to requirements, so it is not certain what will happen to it.

The college had added a number of buildings, including dormitories with flat roofs, that are at the end of their lifespan.  The council has downsized it’s workforce, so much of the civic centre is surplus to requirements, so it is not certain what will happen to it.

The Palace Park covers the grounds of this palace.  It includes the moat, ice well, Pulham rockeries, small folly, and St Blaise’s well. 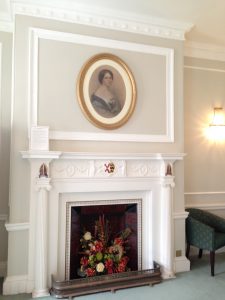 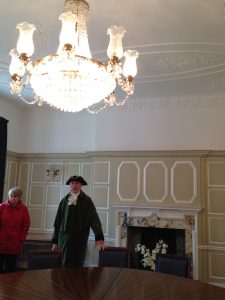 Peter in Period Costume, in a reception room showing cream panels picked out in white 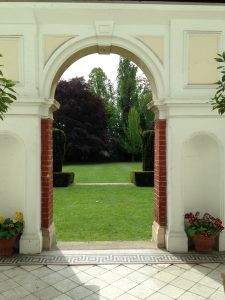 There is an account on Wikipedia: Bromley Palace, 19th century In the 8th century, King Æthelbert II of Kent granted 6 “sulings” of land, which came to be known as the Manor of Bromley, to Eardwulf, Bishop of Rochester. In 862 Æthelberht III, king of Wessex and Kent, granted 10 sulings in Bromley to his minister Dryhtwald. In 967, King Edgar I of England again granted 10 sulings of land to Bishop Ælfstan in return for a large sum in gold and silver.

There’s a description at Historic England.

Usually, the palace features in the Society’s historic walks, a couple of times every year.

The Pulham rockeries are example of when rockeries became fashionable, and James Pulham invented and promoted an early example of concrete to construct these rock and water features.

[in progress, details and links to be added]