In October 2015 the Department of Education, through the Education Funding Agency (EFA), spent £13.4 million on purchasing the former South Suburban Co-op sports ground in Balmoral Avenue, Beckenham. This they have given to the Trust “Education for the 21st Century” “E21c” whose plan is to build “The Beckenham Academy”, a new senior school including a sixth form which will cater for around 1450 pupils by September 2018. To gather support the trust has already written out to other schools and business in the area before they undertake public planning consultation in early 2016. This consultation has not, to date, been sent to local residents.

The former Co-op land is currently classed as Urban Open Space and is designated for “sporting purposes only”. However, if the draft local plan (currently before Bromley Council) is adopted then the Council will change this classification to “Educational Use” to allow it to be built on, and this will pave the way for the school to be built. In E21C’s publicity, the catchment for the school is to be centred on Kent House so to pull in pupils from Penge, West Lewisham and even Croydon; although apparently it will not be for children in the area that it is being built in.

Two weeks before Christmas 2015, the Residents group heard that there were plans for the EFA to start site works. The group made a case to the LB Bromley planning investigation team that the EFA should have planning permission before they started any works. However, the council were content that initial works could proceed, partly to enable a perimeter fence to be put up. Unfortunately these “initial works” have been to the complete detriment of the wildlife, scrub and woodland on the site that has now been devastated by the bulldozers; the disastrous results can be seen in the before and after photographs below: 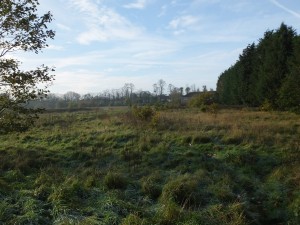 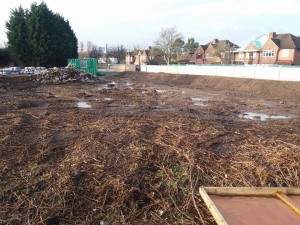 As with other school building proposals across residential areas of Bromley, transport is a major concern. It seems obvious that the increased traffic around a large education facility is likely to have a major impact on an area laid out across small residential streets.

It is the experience of Bromley Civic Society that some ward councillors in Bromley have been sympathetic to resident’s concerns about the top down imposition of large educational developments on their communities. We really hope that these councillors, and the MP for the area, can help the local community in Balmoral Ave to have a significant say about future development in its immediate area. For further information, please contact: